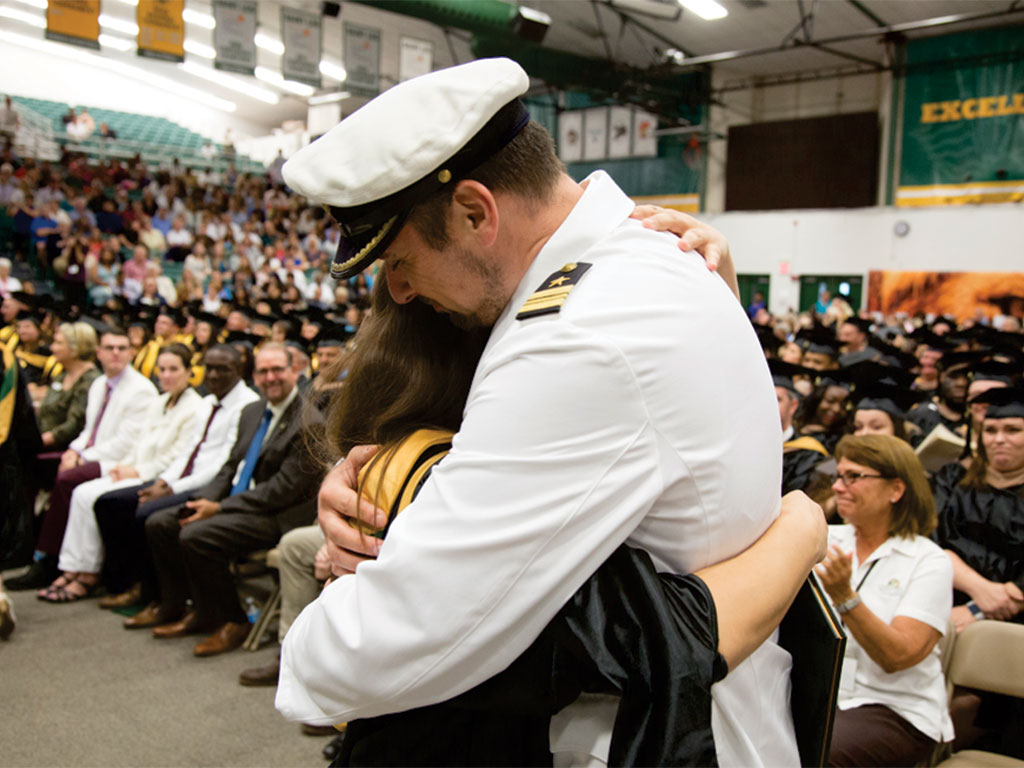 The crowd at the Marion Bowman Activities Center witnessed a special reunion when Natasha Hauber, who earned a master’s degree in criminal justice, received a surprise visit from her brother, all the way from Germany. 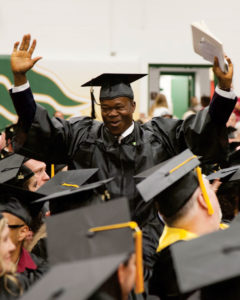 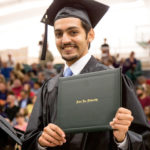