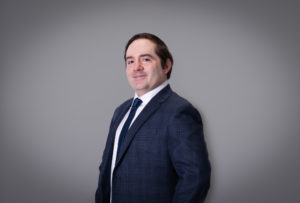 Dr. Jacob Aguilar, a mathematician and data scientist, and several co-researchers from a cross-disciplinary team, released their manuscript about an important and little-understood aspect of virus that causes COVID-19. The team used new modeling techniques to estimate the number of people who might become infected by someone already carrying the virus, but not yet showing any symptoms. This provides insight into how contagious the illness is, and that knowledge, in turn, helps regional officials make public-health decisions. Aguilar and his fellow researchers came to the conclusion that an asymptomatic carrier could infect an average of six other people or more, which is far more than a typical strain of the flu. Aguilar and his researchers released a manuscript describing their work on a respected scientific platform created for quick dissemination of research findings.

Aguilar’s contribution to the coronavirus study was based on work he and a collaborator had only completed recently in estimating the potential for people infected with malaria—but with no symptoms—to spread the deadly illness. In other words, Aguilar was taking a modeling approach he had developed for the study of one horrible, persistent ailment, and successfully incorporating that into a new team project focused on the new coronavirus. An account of the study about malaria was released in 2020 in a peer-reviewed publication. Aguilar joined the faculty at the start of the 2019-2020 academic year as assistant professor of mathematics. 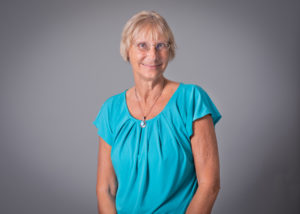 Dr. Melinda (Lin) Carver, an associate professor in the Graduate Education Department, co-wrote a ​book with colleague and adjunct instructor Lauren Pantoja, Reading Basics for All Teachers: Supporting All Learners. It was published in April 2020 by Rowman and Littlefield and provides K-12 teachers from all subject areas with ways to ​enhance their students’ reading ​and writing development. Carver and Pantoja wrote an earlier edition on this topic that was published in 2015. In the second edition, they have added new content and strategies for teachers to explore. 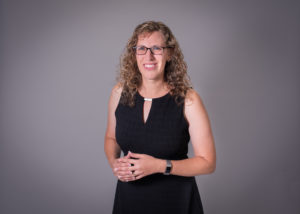 Renee Gould, assistant professor at the Daniel A. Cannon Memorial Library, was the co-author with two former Saint Leo colleagues of a case study about working with library-database products to meet the real-world needs of visually impaired patrons. Gould and recently retired library colleague Jacalyn Bryan, associate professor, along with alumna Brittany Leigh ’12, who until recently worked with the Office of Accessibility Services, described their work in the spring issue of the journal, Florida Libraries. Libraries with printed and electronic holdings rely on software from third-party vendors for day-to-day needs. Such resources and tools provide students and staff the means to retrieve and read books, journals, newspapers, and magazine articles. As it turns out, while many of these products may be legally compliant with regulations meant to ensure access for the visually impaired, they can still be hard to navigate and use successfully. The team described approaches adopted to remedy the situation at Saint Leo, possible steps for future exploration, and possible starting points for other libraries. 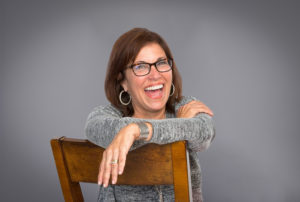 Poet and faculty member Gianna Russo was named the City of Tampa’s first Wordsmith and will steer new projects meant to encourage creativity and expression, such as holding writing workshops in city neighborhoods. She recently edited a collection of poems inspired by regionally well-known photographs from Tampa and other spots in Florida produced by Tampa’s leading commercial photographic firm from 1917 to early 1960, the Burgert Brothers Inc. Chasing Light includes many images that capture 20th-century central Florida, from its cigar trade, to its diverse communities, agriculture, and natural surroundings. Russo contributed the forward and a poem, in addition to serving as editor. Other Saint Leo faculty and academic administrators with contributions in Chasing Light are part-time English instructor Amanda Forrester; English instructor Marissa McLargin (published as Marissa Glover); and professor and outreach librarian Carol Ann Moon. There are 48 contributors in all. The volume was published in February as a large-format paperback by the independent YellowJacket Press in collaboration with the Tampa-Hillsborough County Library and library supporters. Russo is an assistant professor of English and creative writing. 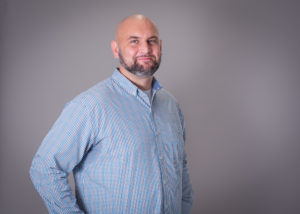 Dr. Zachary Smith, assistant professor of economics and finance, and a co-author, had a macroeconomic study published in April in the Pacific Economic Review. Their study examined the interplay between fintech—financial technologies including access to cellular phone and Internet applications and cryptocurrencies—and the policies normally employed by governments’ central banks to raise or lower interest rates, control inflation, and support overall economic growth. Their research study was based on 18 years of data from 30 nations with advanced economies (including the United States). In general, when people have access to mobile and internet technology, more money circulates throughout the economy. But the presence of cryptocurrencies—as they are substitutes from the currencies issued by governments—reduces the demand for money to spread through the economies. As the use of cryptocurrencies widens then, the authors suggested, central banks will have to consider updating their traditional policies to account for cryptocurrency-based transactions. Otherwise, the policies will become outdated and less effective in keeping economies running smoothly, Smith and his co-author said.