Saint Leo University inducted three individuals and one team into its Athletic Hall of Fame during Homecoming and Alumni Reunion Weekend in November. Established in 1986, the Hall of Fame seeks to honor former students, coaches, and administrators who excelled in Saint Leo Athletics throughout the university’s history. Congratulations to our new inductees. 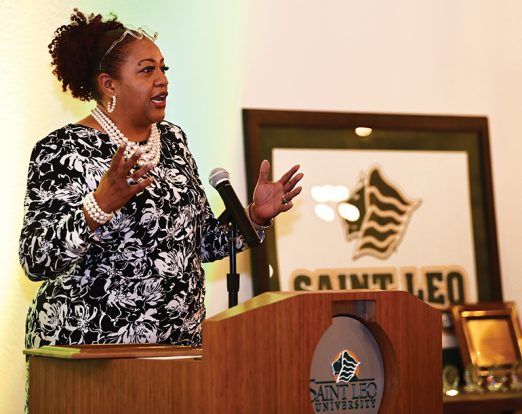 Daphne Washington ’93 shares memories of her time as a student-athlete with those attending the Athletic Hall of Fame induction ceremony. 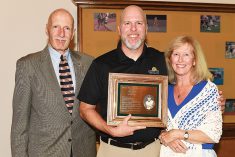 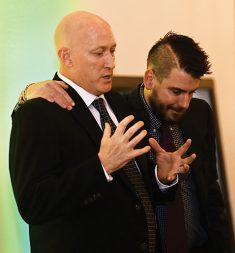 Joel Harrison, who was the head coach of the men’s soccer team in 2005, speaks during the ceremony.

(Click on the photos above to see more information.) 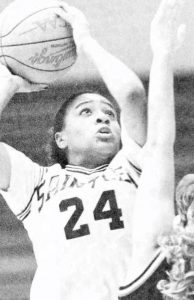 Prolific scorer and rebounder Daphne Washington joined the Saint Leo Athletic Hall of Fame following a four-year career on the women’s basketball team. Washington, who still ranks second in career-scoring at Saint Leo, scored 1,495 career points for the then-Monarchs. She also made 704 impressive career rebounds, ranking fifth in the Saint Leo record book. She is still tops in the record book for shooting from the field at 54.0 percent, which was helped by her single-season Saint Leo record of 58.8 percent (shot in the 1991-1992 season). Her single-season mark bested her previous school record of 57.9 percent, which she accumulated during the 1990-1991 season. She was named the Sunshine State Conference Freshman of the Year in 1989-1990 season and went on to be a two-time Honorable Mention All-Sunshine State Conference selection and a Second Team All-Sunshine State Conference performer as a junior. 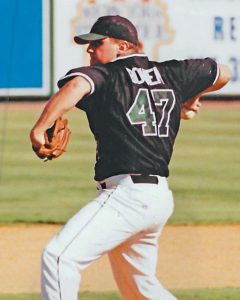 Former walk-on, now turned Hall of Famer, Pat Bowen spent four years as a member of the Saint Leo baseball program from 1995 to 1999 under head coaches John Schaly and Ed Stabile. He served as a starting pitcher for the then-Monarchs and finished his career ranked second in career strikeouts at Saint Leo with 266. He achieved a 20-8 career mark, including five saves. His 20 wins ranked him third all-time at the end of the 1999 season. During his junior year, he ranked seventh among all NCAA Division II pitchers for strikeouts per nine innings at 11.9. He helped guide the Monarchs to a pair of NCAA postseason appearances in 1996 and 1999 and was selected as an All-South Region honoree and First Team All-Sunshine State Conference selection in 1999. As a junior, he earned Second Team All-Sunshine State Conference honors. Following his collegiate career, he was drafted by a Major League Baseball team, the Anaheim Angels. After a few years of professional baseball, Bowen began coaching youth sports and went on to be the head baseball coach at Bishop McGuinness Catholic School (NC). 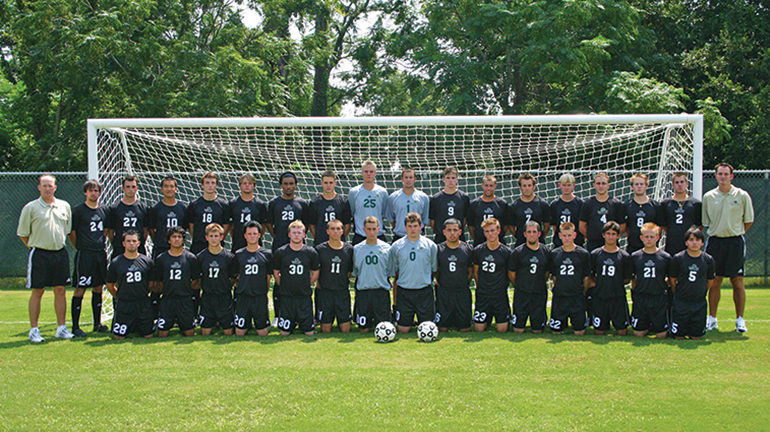 Stay in the Know

Christy Lear earned her bachelor’s degree in graphic design and biblical studies from Geneva College (PA). She joined Saint Leo University in October 2017 as a manager in the Athletic Communications department and was named director of athletic communications in 2022. She has captured statistics, photos, and videos during the past five years to help tell the stories of Saint Leo student-athletes.