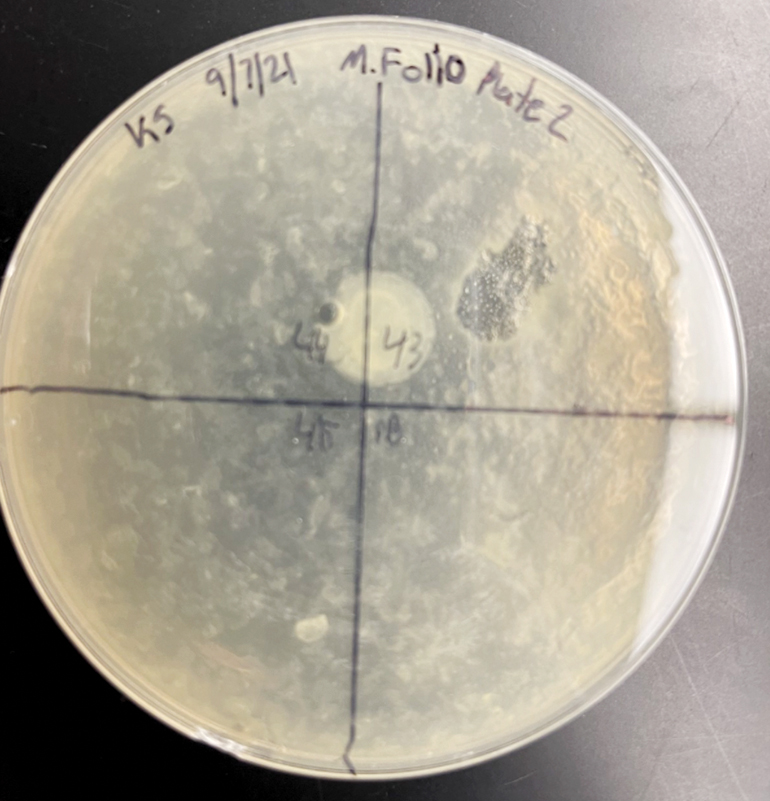 One of the steps in identifying a phage is to perform a plaque assay, shown here. The process helps detect the presence of phage.

Greg Lindberg earned his bachelor’s in mass communication and master’s in journalism and media studies from the University of South Florida St. Petersburg. He is a media content manager for University Enrollment Marketing & Communication and serves as a writer and podcast host and producer. He has worked at Saint Leo since April 2017.