Ask a group of sport business majors what their goals are and you will likely hear a wide range of lofty aspirations. However, what many Saint Leo grads have discovered is those big dreams are not out of reach.

Ryan Jones ’08 is a good example. He started his career as an intern at Louisiana Tech University and then spent more than six years at the Florida Institute of Technology, first as assistant athletics communications director, and worked his way up to being the assistant athletic director for athletic communications. In that role, he oversaw communications for all 21 varsity sports, including the football program that began in 2013. But his big move came in May 2016 when he landed a job as an associate director of Division II for the NCAA.

In this role, Jones works with the division’s TV partners American Sports Network and ESPN3, to determine which basketball and football games to broadcast each year. He also is the liaison to the Division II Student Advisory Committee. In this capacity, he helps determine how to improve the student-athlete voice. In addition, he works with Blacktop Creative, the division’s marketing partner on a number of projects, including the enhancement of the “Make It Yours” brand.

“If you had asked me, I would have never thought working for the NCAA was a realistic option,” Jones said. “But it was definitely the right move for me, no doubt.”

As part of his responsibilities, he travels as often as he likes to see DII games and speak at student-athlete conferences. A high point so far was traveling to Denver, CO, in May 2016 to be the master of ceremonies for the NCAA Division II Spring National Championship Festival—an event that just happened to feature four teams from Saint Leo, including the men’s golf team that went on to earn a national championship.

How did he land where he is? A lot of hard work, but also a lot of preparation.

“I’m so appreciative of everything Saint Leo did for me,” he said. When he arrived at Saint Leo from his hometown of Chicago, he did not know a single person. “The campus had a family-oriented environment, and I truly became the person I wanted to be.”

During his time as a Saint Leo student, Jones worked for a time in the Athletic Department and also had the opportunity to work with three minor-league baseball teams—the Clearwater Threshers, the Brevard County Manatees, and the Lakeland Flying Tigers—as well as the Tampa Bay Buccaneers. He credits Phil Hatlem, instructor of sport business, and Dr. Susan Foster, professor of sport business, with getting him ready for his career. Networking was a huge part of his sport business classes, and “Dr. Foster pushed and encouraged me.”

Where will he go next? “I’m in an awesome spot in my career,” Jones explained. “I get to meet so many people and do so many different things. I’d like to stay at the NCAA for a while.”

Wherever he goes, he said, “I’ll always consider myself a Lion. I’m proud to be an alum, because Saint Leo helped shape who I am today.” 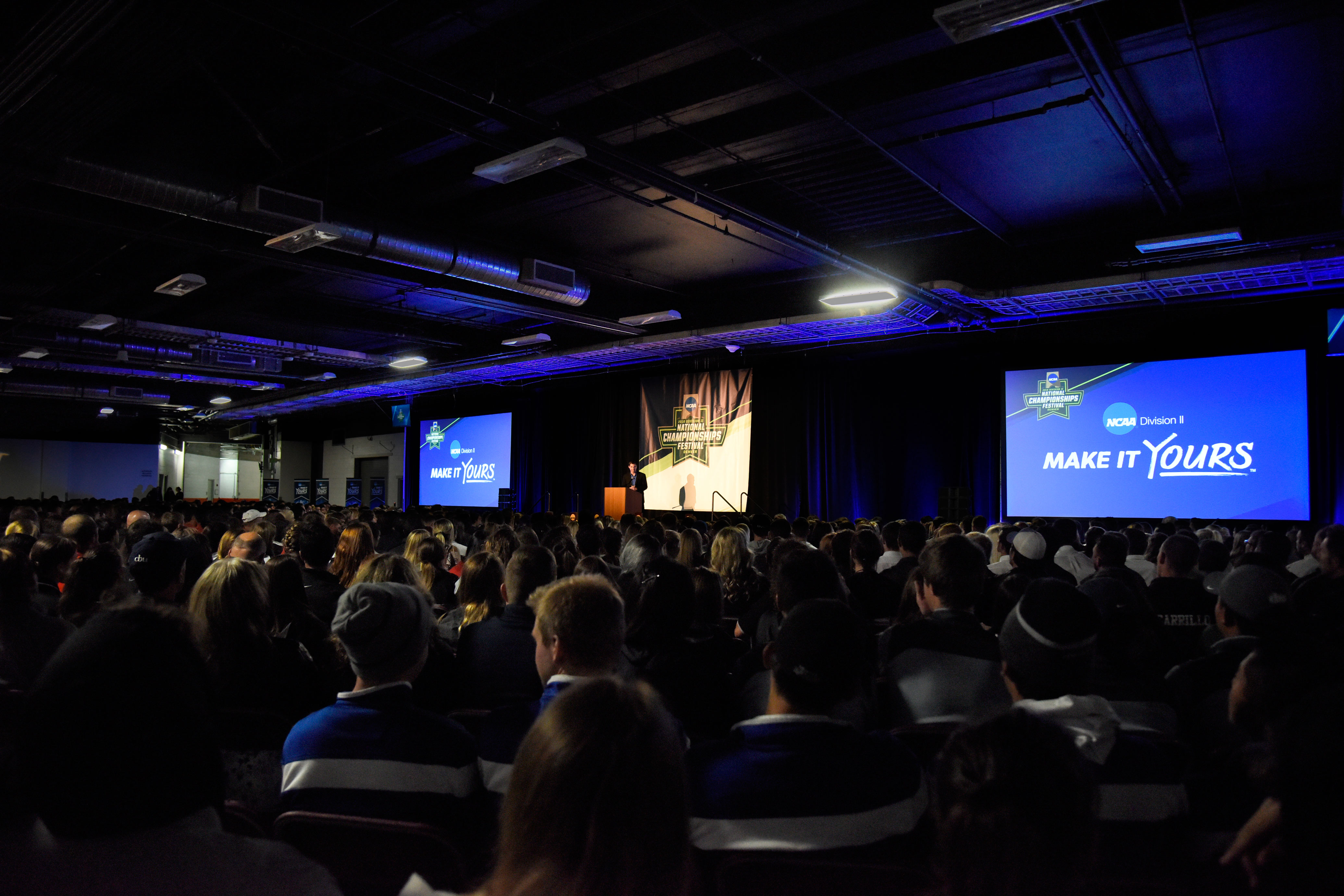