Our alumni, students, faculty, and staff enjoy a variety of special events throughout the year. Take a few moments to experience Saint Leo in Pictures. Click on any photo below to learn more. 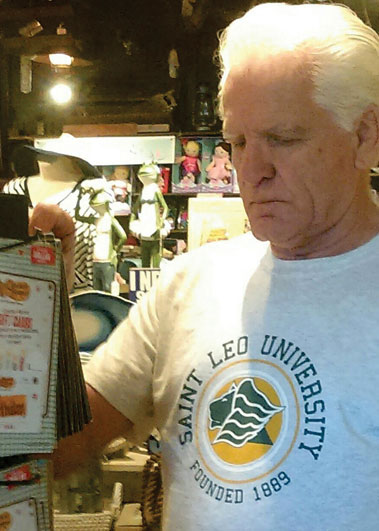 While seated on a bench just outside the waiting room of an auto repair facility, Bob Haberman ’00 (pictured) was approached by a gentleman who had noticed the Saint Leo T-shirt he was wearing. After just a few minutes of conversation, they discovered their shared experience at Saint Leo was just the tip of the iceberg. Both men are Vietnam War veterans and, as it turned out, both were stationed there during the same time period. Further conversation revealed that each had been stationed at the same base but in different units. That Saint Leo University T-shirt served as a catalyst for bringing two people together who probably would never have met under any other circumstance.