During challenging times, we often witness amazing feats of bravery and innovation in support of career growth or a common cause. Courageous individuals find a way to blaze new trails despite facing enormous odds. This got us to thinking about some of the shared characteristics of trailblazers. While certainly not an exhaustive list, we came up with these three.

Goals alone will not get you far unless you roll up your sleeves and get to work. One of the greatest examples of a person with an unwavering work ethic was  the late U.S. Supreme Court Associate Justice Ruth Bader Ginsburg, affectionately known as “The Notorious RBG.” At 87 years old, she rarely missed a day of work, even when hospitalized. She was a champion of women’s rights,  a four-time cancer survivor (1999, 2009, 2018, and earlier in 2020), took care of her husband when he fell ill, and would work well into the night after putting her children to bed during her child-rearing years. Despite reaching the heights of the legal profession as a U.S. Supreme Court justice, being nominated for the National Women’s Hall of Fame, and making Time magazine’s “Top 100 Influential People,” she was a humble servant of the people. In her own words, “I would like to be remembered as someone who used whatever talent she had to do her work to the very best of her ability.” Let her words serve as inspiration for your work.

Despite the shortlist of African-American director role models in Hollywood, actor and comedian Jordan Peele kept his eye on his personal goal of becoming a feature film director. After attaining a significant level of recognition for his work on Comedy Central’s sketch show Key and Peele, Peele feared that no one in the industry would take him seriously as a director, especially since he had never directed a film, let alone a feature. In an off-chance meeting with producer Sean McKittrick, Peele pitched a few ideas that did not land well and ended with “Here’s one you’ll never want to make…,” which was his pitch for the suspense thriller Get Out, a commentary on race relations in America. McKittrick immediately optioned the concept and Blumhouse Production executives later approved Peele as the film’s director, based on his specific vision for each scene and his commitment to writing the script. Get Out, produced on a $4.5 million budget, has earned more than $270 million worldwide to date, and received nominations for best picture and best director at the 2018 Academy Awards. At the same awards, Peele became the first African-American screenwriter in history to win the Academy Award for best original screenplay. He indeed is a trailblazer who never wavered from a specific vision.

Whether motivated by righting a perceived wrong or seeking to change the world for the better, passion is what will keep you motivated, and hopefully, active. Defined as “an intense desire or enthusiasm for something,” passion is also what keeps trailblazers up at night and what helps them to find the energy to follow through. Current trailblazers include the thousands of everyday men and women in cities across America who have been marching in a nonviolent protest against the inhumane treatment of immigrants, racially motivated violence against African-Americans, and LGBTQ rights or other social justice issues. Other passionate trailblazers include the thousands of frontline health care workers who put their lives at risk to treat COVID-19 patients and the numerous virologists and other scientists working around the clock to develop a vaccine. God willing, their passion, vision, and work ethic will usher in a new normal, and from there other trailblazers can lead us into the next era of innovation and change. 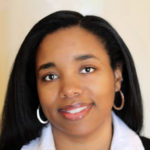 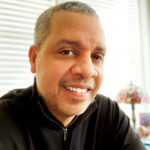