Father Damian DuQuesnay, who had been the oldest living monk in the Order of Saint Benedict of Florida, passed away on May 8. Greatly loved and admired by colleagues, students, faculty, and staff, he was a remarkable man of faith.

Born on July 24, 1918, in Highgate, Jamaica, Father Damian graduated from Jamaica College Prep and Saint Benedict College (now Benedictine College) in Atchison, KS, in 1943 with a BS in zoology. He received his MS from The Catholic University of America in Washington, DC, in 1951.

He was ordained into the Holy Priesthood on the Feast of Corpus Christi Day, June 20, 1946, by Bishop Emmet Michael Wash in the unfinished Abbey Church. Father Damian was the first Jamaican to ever wear the habit of a Benedictine.

Father Damian taught numerous subjects at Saint Leo College, including biology, histology, and zoology. He also served two separate terms as department chair of the science faculty. He was prefect in the prep school for 10 years, where he taught algebra, biology, chemistry, French, geometry, Latin, and religion. He thoroughly enjoyed teaching students at both the prep school and the college. When asked what type of teacher he was, he simply said “fair.”

Father Damian was appointed abbey prior in 1957 and also served as novice master and brother master. After his retirement from the Saint Leo faculty, he was chaplain to Holy Name Monastery, a responsibility he held for four decades but eventually relinquished at age 90 due to his limited mobility.

He was the abbey botanist and remained faithful in his daily devotionals and prayers right up until his passing. 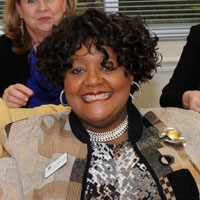 She graduated with distinction from the University of Minnesota with a bachelor’s degree in social work and educational policy in 1972. In May 1994, she was awarded her PhD from the University of Minnesota, majoring in training and development in the College of Education. Dr. Harrell had served at the Langley Office since 2006 and is remembered for her fierce dedication to the success of our students. 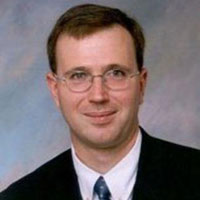 Dr. Scott R. Homan, associate professor of management at the Savannah Education Center, passed away on June 23. He graduated from Purdue University in 1988 with his bachelor’s degree in organizational leadership and supervision; he earned his master’s degree in the same discipline the following year. After a stint at Anderson Consulting in Chicago, he decided to pursue his love of teaching and completed his doctorate degree from Texas A&M University. He joined Saint Leo in Spring 2013 and taught graduate and undergraduate courses in business management. 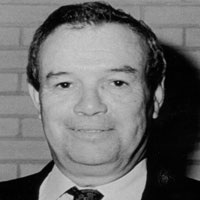 John “Jack” Reynolds, who served on the Saint Leo Board of Trustees from 1990 to 2012, passed away on April 17. He earned his Bachelor of Science degree from St. John’s University at night and his Master of Business Administration at the Stern School of New York University (also at night) and attended the advanced management program at Dartmouth College. He was employed for 10 years by W. R. Grace and for many years by ITT, rising to the position of corporate vice president and division president. He was a trustee emeritus at the time of his death. 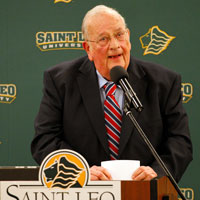 Walt Riddle, retired Saint Leo University and Sunshine State Conference (SSC) publicist, passed away on May 7 after a lengthy illness. Celebrated as a gifted writer and a transformational figure for both Saint Leo University athletics and the SSC, Riddle first came to Saint Leo’s University Campus in 1989 as the sports information director and special events coordinator. The following year, he assumed the duties of SSC assistant commissioner and sports information director, and helped the conference establish its first central office. Under Riddle’s guidance, the SSC developed one of the nation’s largest NCAA Division II television packages.

Riddle remained with the Sunshine State Conference until 2001, when he returned to his duties as Saint Leo’s sports information director. In 2006, he transitioned to a new role as Saint Leo’s director of athletic marketing and Green and Gold Club coordinator, a job he held until his retirement in 2011.

“The Sunshine State Conference and Saint Leo University lost a friend, leader, and mentor with the passing of Walter Riddle,” said Francis X. Reidy, Saint Leo’s director of athletics. “He had a positive impact on many young coaches and sports information directors around our league. Walt was instrumental in helping Saint Leo athletics transition to its current state of success.” 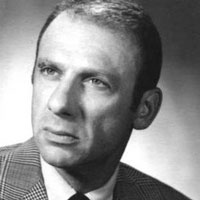 Dr. Burt Rosenbaum, for nine years an adjunct professor at Saint Leo College, passed away on March 30. After graduating from the College of the City of New York with a degree in mechanical engineering, he began his career at NACA (National Advisory Committee for Aeronautics), which became NASA, and published about 30 applied mathematics research papers with emphasis on statistics. Several of his papers contributed to NASA’s successful Apollo 11 moon landing on July 20, 1969, for which he received the Apollo Achievement Award.

He continued his studies at Case Institute of Technology (now Case Western Reserve University) while working, marrying and starting a family. In June 1957, just six months shy of his 35th birthday, he received his PhD in theoretical physics.

After retiring from NASA in 1973, Dr. Rosenbaum and his new family moved south and eventually to Florida, where he accepted an adjunct position at the University of Tampa. For the final nine years of his second career, he remained at Saint Leo College teaching mathematics, statistics, physics, and computer science until 1994. 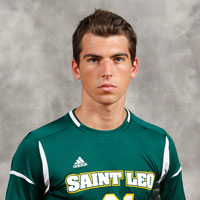 Jules Verdin, a member of Saint Leo University men’s soccer team and the 2014 Sunshine State Conference Freshman of the Year, died on July 7 in a hiking accident in Switzerland. He was 19 years old.

“The Saint Leo soccer community mourns Jules’ death,” said Keith Fulk, Saint Leo’s head men’s soccer coach. “He was one of the best players I had the privilege and honor of coaching, and he was a constant student of the game—always asking questions about how he could improve his game. I think he really matured during his first year here at Saint Leo, from the time he arrived to the time he left campus at the end of the school year, and that’s what you want to see in your students.”