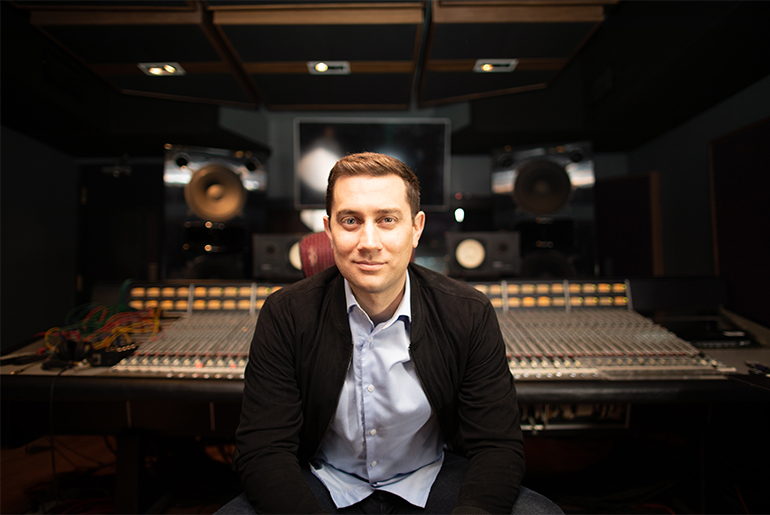 Alumnus Joey Gandolfo’s road to success was paved by passion, persistence, and patience.

During his summer breaks away from Saint Leo University, alumnus Joey Gandolfo ’08 would work in the bar at the BB&T Center near his home in Sunrise, FL. At the time, the marketing major never imagined that he would one day perform on the arena’s stage for thousands of people.

Gandolfo, co-founder of an internationally recognized music publishing company, has traveled the world to invest in his passion of music, while at the same time, investing in the musical talents and ambitions of others.

Growing up in South Florida, Gandolfo always had a passion for music. He played in a band in high school, and from a young age, knew that music would be a part of his life. When he decided to attend Saint Leo University on a soccer scholarship, music continued to be integral. Gandolfo even kept a drum set in his room at University Campus.

After graduation, he started to look for opportunities to work in the music industry. There was something about it that kept pulling on his heart, despite the competitiveness of the industry.

“I got 10 times the amount of ‘noes,’ as I got ‘yeses,’” Gandolfo said. “But I kept putting myself out there until I could get someone to give me a ‘yes.’”

He says patience is key when pursuing a dream.

After a few years of searching, Gandolfo received the opportunity of a lifetime when he was invited to tour with recording artist Jake Miller. The job offered Gandolfo the satisfaction of living his dream, and a deeper knowledge of the music industry. He was able to see the inner workings of a professional tour from agency management to publishing and performing. He was the DJ and played guitar for Jake Miller on his 2013-2015 tour.

Post tour, Gandolfo invested in an idea. He and a producer who he met during the Jake Miller tour became business partners, and they opened Vibes Music Group, a music publishing company. They work with artists, songwriters, and producers all over the world.

“My job ranges from finding talent and putting that talent in the right place, to finding opportunities for song placement for artists who have an established presence, to finding artists who are early in their careers that we bet on,” Gandolfo said. He also works with the television and film industry so that the songs he publishes will be used in media. Recently, he had two songs featured on the hit television show The Bold Type and one song featured in the new film Missing Link.

While investing in his own dream, Gandolfo also invests in others and helps to fulfill the dreams of many artists, songwriters, and producers in the United States, Europe, Asia, and Latin America. Some major artists he has worked with include Sofia Reyes and Rita Ora.

“I want to leave a legacy and impact culture through music in a new way, all in a positive light,” Gandolfo said.

While Gandolfo has come a long way and traveled as far as Tokyo, Japan, he still holds on to fond memories and lessons from his days at Saint Leo.

“Academically, I majored in marketing and even with how much marketing has evolved socially/digitally since my time at [Saint] Leo, I use so much of what I learned every single day,” Gandolfo said. “My international business courses have absolutely come in handy when doing business in other territories and overseas, knowing when I have to adjust to different standards.”

Interaction with people is one of Gandolfo’s favorite things about his job. He said the opportunity to connect with people from all over the world and collaborate to achieve a common goal is rewarding and has brought him some of his favorite moments. He also credits learning valuable life lessons to being a member of the Saint Leo community and the men’s soccer team. Dedication, hard work, camaraderie, and community were all important things he learned while at Saint Leo, and they have stayed with him to this day.

Gandolfo offers some advice to recent Saint Leo alumni and current students: “Be hungry; keep moving forward; ask a hundred questions. Take every experience, good or bad, and turn it into a learning opportunity.” 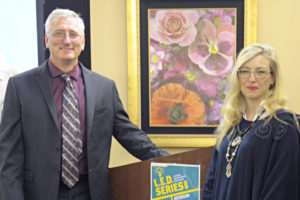