President Bill Lennox continues to promote Saint Leo and support higher education throughout our community and the nation.

For the May/June 2017 issue of Trusteeship, he authored “Transitioning from the 60,000-Foot View,” an essay that describes his journey from serving on the university’s Board of Trustees to becoming Saint Leo’s ninth president.

He also wrote “Why Gov. Cuomo’s Free Tuition Plan Hurts Private Colleges,” which appeared on RealClearEducation.com in May. In this essay, he looks at New York’s recently created Excelsior Scholarship, which provides free in-state tuition for students at state universities and discusses how this and other tuition programs can affect all of higher education, including private universities.

In March, Dr. Lennox joined Saint Leo alumni and friends in marching up Fifth Avenue for New York City’s St. Patrick’s Day Parade. The following month, he and other university administrators attended the 2017 Face the Chamber: Mayor’s Luncheon in Tampa, which was hosted by Saint Leo University.

During the commencement season, Dr. Lennox attended the ROTC commissioning ceremony at University Campus and congratulated the cadets for being commissioned as second lieutenants.

In May, Dr. Lennox was named vice chair of both the Independent Colleges and Universities of Florida (ICUF) and the Florida Independent College Fund (FICF).  ICUF is a group of more than 30 independent colleges and universities in Florida that work together to offer a diverse selection of higher-educational opportunities in the state.  FICF is a not-for-profit organization that collaborates with ICUF to provide expanded access to higher education for students from all backgrounds. Dr. Lennox previously served as treasurer for ICUF.

In June, Saint Leo University partnered with the National Hispanic Institute to host NHI’s Collegiate World Series at University Campus. Dr. Lennox welcomed 130 high school seniors to the program (photo above) and encouraged them to reach their highest potential.

In July, Dr. Lennox welcomed attendees of the Steel Mags Summer Summit retreat to University Campus. The Steel Mags Sorority was founded in 2009 by the Green Beret Foundation to support the spouses, daughters, and sisters of those serving in the U.S. Army Special Forces.

It has been a busy year for President Bill Lennox. In March, Saint Leo University was honored as the Military Business Partner of the Year at Greater Tampa Bay Chamber of Commerce’s 18th annual Military Appreciation Banquet, and Dr. Lennox accepted the award on behalf of the university. In May, he was asked to serve as treasurer of Independent Colleges and Universities in Florida (ICUF). On behalf of ICUF, he visited a number of state legislators and presented them with a plaque recognizing their inclusion on ICUF’s Legislative Honor Roll for supporting private higher education and educational choice in Florida (photo above with State Senator Wilton Simpson). In June, he served as the keynote speaker for the Joint Special Operations University Special Operations Forces Education Conference at MacDill Air Force Base, Tampa. 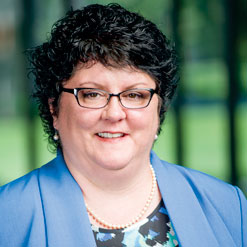 Dr. Melanie Storms
Dr. Melanie Storms has joined the university as vice president of the newly created Saint Leo WorldWide division. She has extensive experience with both programmatic and regional accreditation. As a university administrator, Dr. Storms has worked with traditional graduate student populations, as well as adult learners at the graduate and undergraduate levels in campus-based and online settings. Her experience positions her to lead Saint Leo’s online and education center programs through Saint Leo WorldWide. She earned her Bachelor of Science degree in psychology from the University of Central Florida, and her master’s and doctoral degrees in clinical psychology from the Florida Institute of Technology. 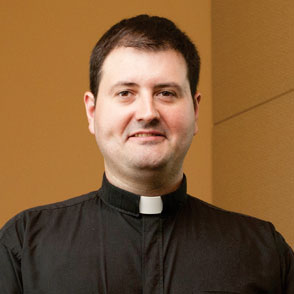 Father Kyle Smith ’07
In July, Father Kyle Smith ’07 returned to his alma mater as chaplain for University Ministry. A Florida native, Father Kyle earned his Bachelor of Arts degree in middle grades education from Saint Leo. He went on to earn a bachelor’s degree in philosophy from St. John Vianney College Seminary in Miami, FL, and moved on to St. Vincent de Paul Regional Seminary in Boynton Beach, FL, to begin his study of theology. Father Kyle earned his Master of Divinity in 2014 and was ordained as a priest in May 2014 for the Diocese of St. Petersburg. 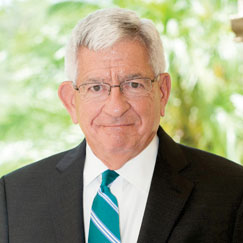 Bob Quinn
Bob Quinn has joined Saint Leo as vice president of Business Development. He earned his bachelor’s degree and MBA from Fordham University (NY). A seasoned veteran in corporate management, he served as a captain in the U.S. Army and was awarded the Bronze Star with Oak Leaf Cluster, among other commendations. 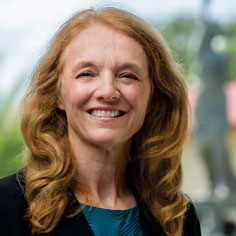 Colonel Pamela Martis
In June, retired U.S. Army Colonel Pamela Martis joined Saint Leo University as director of Military Affairs and Services. She retired from active duty in 2013, having served 28 years. She was commissioned from the U.S. Military Academy at West Point, NY, Class of 1985, where she earned a Bachelor of Science degree in operations research management. She earned a Master of Arts degree in Russian, Central European, East European, and Eurasian studies from the University of Kansas. In addition, she received a master’s degree from the National Defense University, Industrial College of the Armed Forces. She was awarded the Bronze Star and the Department of Defense Distinguished Superior Service Medal. 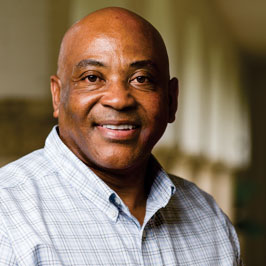 Cyrus Brown
In August, Cyrus Brown assumed the new role of executive director of University Public Safety. In this capacity, he is responsible for reviewing and improving safety measures throughout the university. Prior to joining Saint Leo, he was associate director of safety for Bethune-Cookman University (FL) and served for 31 years in the Florida Highway Patrol. A veteran of the U.S. Army, he earned his bachelor’s degree from Barry University (FL) and his master’s degree from the University of Central Florida. He also is a graduate of the FBI National Academy, the Southern Police Institute at the University of Louisville (KY), and Leadership in Police Organizations program from the International Association of Chiefs of Police.