The popularity of TED talks, and their offspring TEDx events, continues to grow. Audiences simply love an inspiring story or meaningful life lesson, especially when delivered by a speaker who is sincere and focused. In 2018, two Saint Leo graduates in different cities added the distinction of “conference speakers” to their lists of personal accomplishments. Here, they share with the Saint Leo community the stories behind their respective talks, along with their taped presentations. 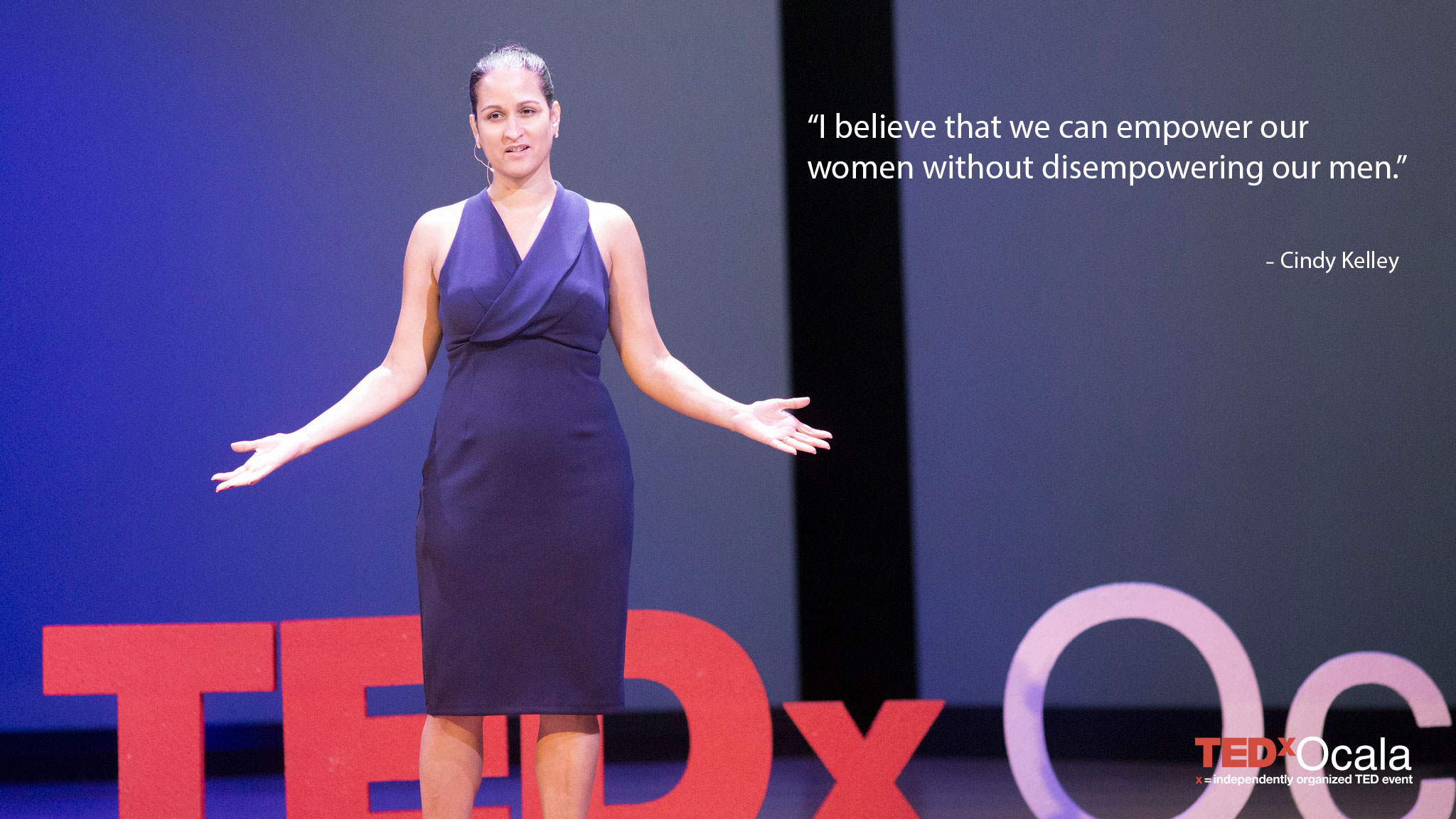 Cindy Rodriguez Kelley has long been a fan of the TED (Technology, Entertainment, and Design) Talks that feature experts on a variety of topics through live conferences, video feeds, and online formats. As the owner of her own firm, CRK Consulting, and a public speaker on management topics, Kelley describes herself as “kind of a TED junkie.” So when a group in nearby Ocala, FL, formed a licensed TEDx group four years ago to put on annual conferences, Kelley stayed abreast of its programming.

Things really clicked in 2018 when TEDx Ocala decided to seek speakers with a message related to the theme “It’s Time” for its November conference. The topic was selected after the emergence of the #MeToo movement that had been protesting marginalization, discrimination, and harassment, mostly of women, across segments of the American workplace culture, she recalled. “I think my message is timely,” Kelley said to herself.

She had already begun to address diversity and inclusion as necessary keys to success for government-sector departments, private corporations, and other similar organizations where she forged her management career. She saw some organizations tout ambitious mission statements but suffer customer complaints and stagnant results. Such disappointing results, she said, can be symptomatic of workplace culture that fails to integrate new ideas.

In her view, a diversity of ideas can generate new and successful approaches. But first, the corporate culture has to include individuals with diverse viewpoints and create an environment where new ideas are actually heard, and the best are consciously integrated into operations, she said. This approach contrasts with tokenism, she explained, where some employees from backgrounds that are new to the workplace are hired, but find their ideas ignored. Kelley also has a related theme she likes to address on achieving women’s empowerment “without disenfranchising men.”

Kelley’s 12-minute talk (all speakers have strict time limits) was not only accepted, it was embraced by the audience of 500, the largest group she had encountered at that point.

“I got a standing ovation, and I had a line of people who wanted to talk to me,” she recalled. Kelley is hoping to build on the momentum to further grow her client and follower base.

The TEDx day was an uplifting family moment, as well, for the 46-year-old entrepreneur. Since the previous year, Kelley and her two daughters, one a young adult and the other a teen, had been adjusting to the unexpected death of Kelley’s husband and the siblings’ father. The excitement the conference generated was a welcomed development. “It’s really been an amazing year,” Kelley reflected. “My girls and I have come a long way.”

Used with permission of the TEDx Talks YouTube channel 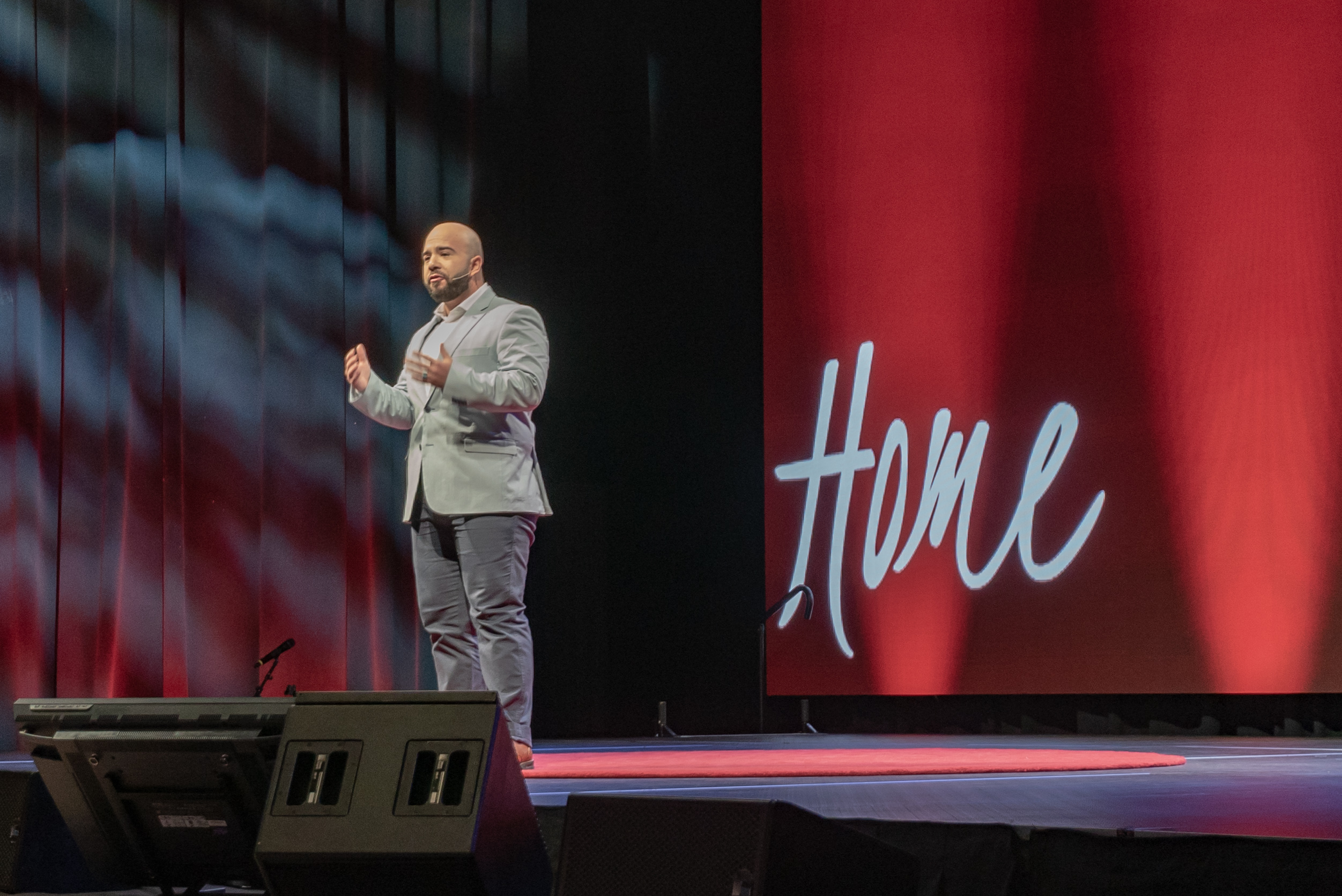 Ammar Mohrat ’17 loves being a young professional and aspiring entrepreneur in the United States, and he credits Saint Leo University with helping him start a professional life here once he was granted political asylum. It is also true that he still misses the city where he grew up, Homs, Syria.

Those of us living in the developed western world have not had much occasion in the past several years to think about the cities and towns in Syria as places people would still miss. Since a revolt began in 2011 against the repressive leader Bashar al-Assad, Americans have seen in Syria a brutal crackdown against civilians and broadcast images of burned-out neighborhoods and refugees in flight.

While truthful, those images by themselves do not show all there is to know about the nation. They do not show the mountains, the valleys, the forests, the desert areas, or the coastline that borders the eastern Mediterranean Sea. Americans never got to picture the large, vibrant city of Homs the way Mohrat did while he was growing up within his large family. It is the place where he rode his bike and enjoyed following soccer, where his family had a market, where he attended school, and where he started college. It is where people led full lives and hoped, following the start of the Arab Spring in Tunisia, for more political freedom in their country.

These are the vibrant scenes that Mohrat carries in his memory and that he has wanted to share with people since coming to the West. Mohrat got his chance in Orlando in 2018 when the local TEDx organization sponsored a conference on the theme of “Home.” An Orlando member of the Tau Kappa Epsilon (TKE) fraternity, which Mohrat joined while at University Campus, encouraged the computer science graduate to audition for the chance to tell his story. Mohrat described his first home, and described how America has changed his story. He was one of only 11 speakers selected for the conference, held in October.

Used with permission of the TEDx Talks YouTube channel

What you need to know about TED, in the organization’s own words.

TED is a nonpartisan nonprofit devoted to spreading ideas, usually in the form of short, powerful talks. TED began in 1984 as a conference where Technology, Entertainment, and Design converged, and today covers almost all topics—from science to business to global issues—in more than 110 languages. Meanwhile, independently run TEDx events help share ideas in communities around the world.

These are just some of the many photos from Saint Leo commencement ceremonies in 2017. See more commencement photos » 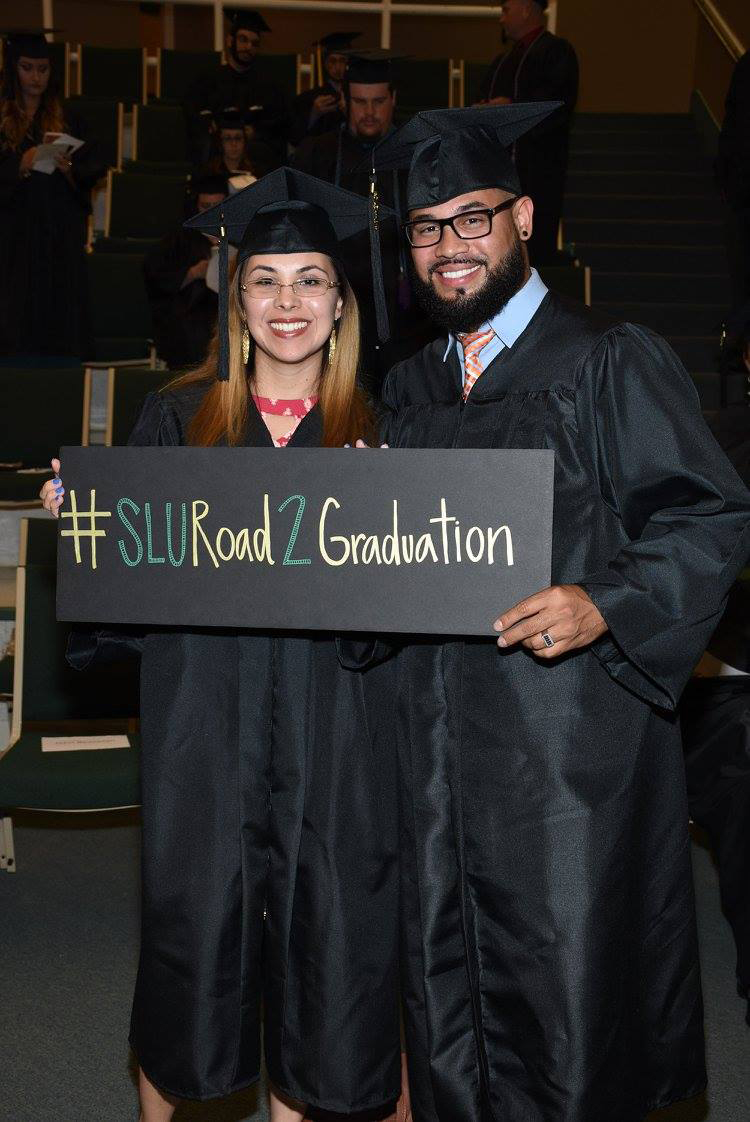 Students in Northeast Florida celebrated their accomplishments on May 11. 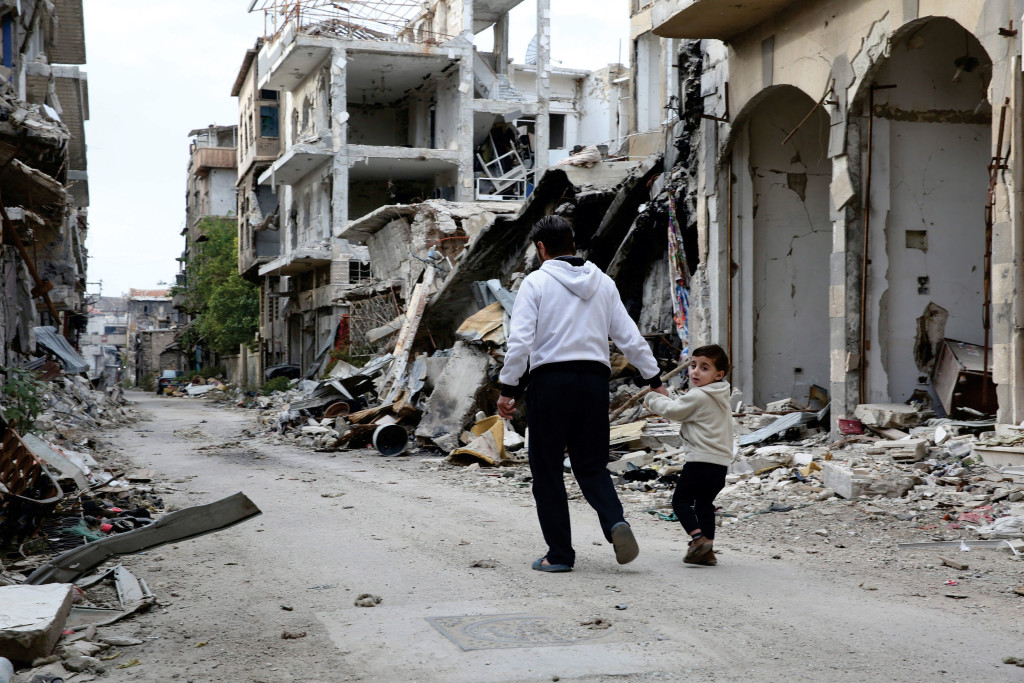 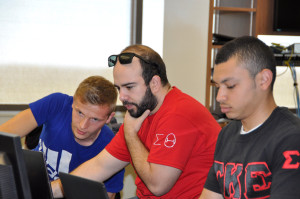