Alumnus reflects back on Major League Baseball career, which began at Saint Leo.

Before he ever took the mound as a starting pitcher for the Pittsburgh Pirates, Fred Cambria ’70 was a high school athlete with no prospects to play in college.

Cambria, a self-proclaimed “late bloomer,” attributes much of his growth and success in baseball, business, and life to his time at Saint Leo.

He learned about Saint Leo from a friend. Having limited options after high school due to poor grades, Cambria found that none of the big schools were willing to take a chance on him, even though he was a talented athlete. He recalls praying to St. Jude, the patron saint of desperate cases and lost causes, to give him an opportunity. Fortunately for Cambria, Saint Leo University (then a college) ended up being the answer to his prayers.

“Nobody was interested in me,” Cambria said, reflecting on how he lost confidence in himself when no college baseball programs were interested in him. 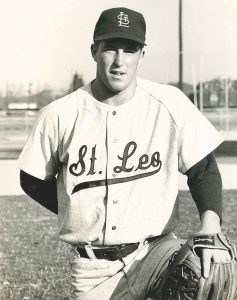 Cambria’s faith and perseverance motivated him to try out for Saint Leo’s baseball team. In the spring of 1967, Norm Kaye managed Saint Leo baseball. Pete Mulry ’67 was the team captain. Both men were instrumental in Cambria’s development on and off the field, helping to build his confidence and inspire him to succeed.

When Bill Meyer took over as the baseball coach in 1968, Cambria and his teammates further developed their talents. Their team-centric approach helped them beat some of the most talented NCAA Division I programs, including the University of Florida and Florida State University. Cambria had extra motivation to defeat these teams as they were some of the programs that did not give him offers after high school. These victories put Saint Leo on the map and marked the start of a rich baseball tradition at the college.

“You never know who’s watching,” Cambria said, recounting the day that led to his eventual drafting into Major League Baseball.

In a fortunate stroke of luck for Cambria, Tom Butters was watching.

Butters was the head baseball coach of Duke University when they played Saint Leo College. Duke, a collegiate baseball powerhouse, came down to Florida to “beat us up,” Cambria said.

Unfortunately for Duke, on that day Fred Cambria was pitching for Saint Leo, and he had something to prove.

Cambria capitalized on this opportunity to prove his doubters wrong, pitching a lights-out performance, striking out many of the batters he faced. He even added two home runs to the box score.

After witnessing the stellar performance firsthand, Butters called Joe Brown, the Pittsburgh Pirates’ general manager. Butters recommended Brown take a chance on Cambria in the MLB draft, and he did. 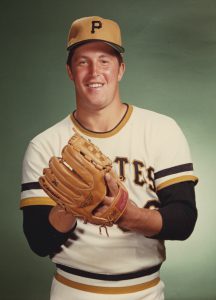 Cambria became the first Saint Leo athlete to be drafted in a professional sports league when the Pittsburgh Pirates selected him in the third round of the 1969 draft.

During the time Cambria was on the team, Pittsburgh boasted a star-laden roster featuring Hall of Fame players such as Roberto Clemente, Willie Stargell, and Bill Mazeroski.

Cambria recalls that the team’s superstars were better men than  athletes. They took the 22-year-old rookie Cambria under their wings and showed him the ropes.

He had achieved a feat that most young athletes can only dream of, pitching professionally, yet he remained humble and did not lose sight of his future. This personal drive motivated him to return to Saint Leo to complete his degree in 1970.

Cambria was just as proud of his academic successes as those he had on the mound. While he may have struggled with his high school grades, he made the Dean’s List four out of the eight semesters he attended Saint Leo.

Cambria’s collegiate years helped him develop good habits. He knew that he had to buckle down, and the hard work he put in would pay off later in life.

“Saint Leo gives people the opportunity to succeed and face the challenges of the real world,” Cambria said. “Saint Leo is unique and blessed to have professors who work with you hands-on. They want you to achieve on a personal level. That is what makes Saint Leo special.”

Cambria was part of the first class of the Saint Leo University Athletic Hall of Fame inductees in 1987. He would return to Saint Leo once again to coach the baseball team from 1990-1991.Even now, Cambria remains a dedicated and supportive alumnus. He serves as an “ambassador” to prospective students in the Long Island area and looks forward to the next time he can return to his beloved alma mater.

“When you go through Saint Leo’s gates, you can feel that it’s a special place,” Cambria said. “It is like walking into Yankee Stadium. So many great people have gone there.”

In appreciation for the impact Saint Leo has made on his life, Cambria has joined the James J. Horgan Heritage Society. The society honors alumni, parents, and friends who have provided a visionary gift for tomorrow’s generation by including Saint Leo University in their estate plans.

Cambria’s father, who was his mentor, would tell him, “when you give, it comes back tenfold.”

This lesson, along with those he learned during his time at Saint Leo and beyond, proves that through hard work, determination, and faith, anyone can make a significant impact on the causes most important to them.

Returning to the place where it all happened. 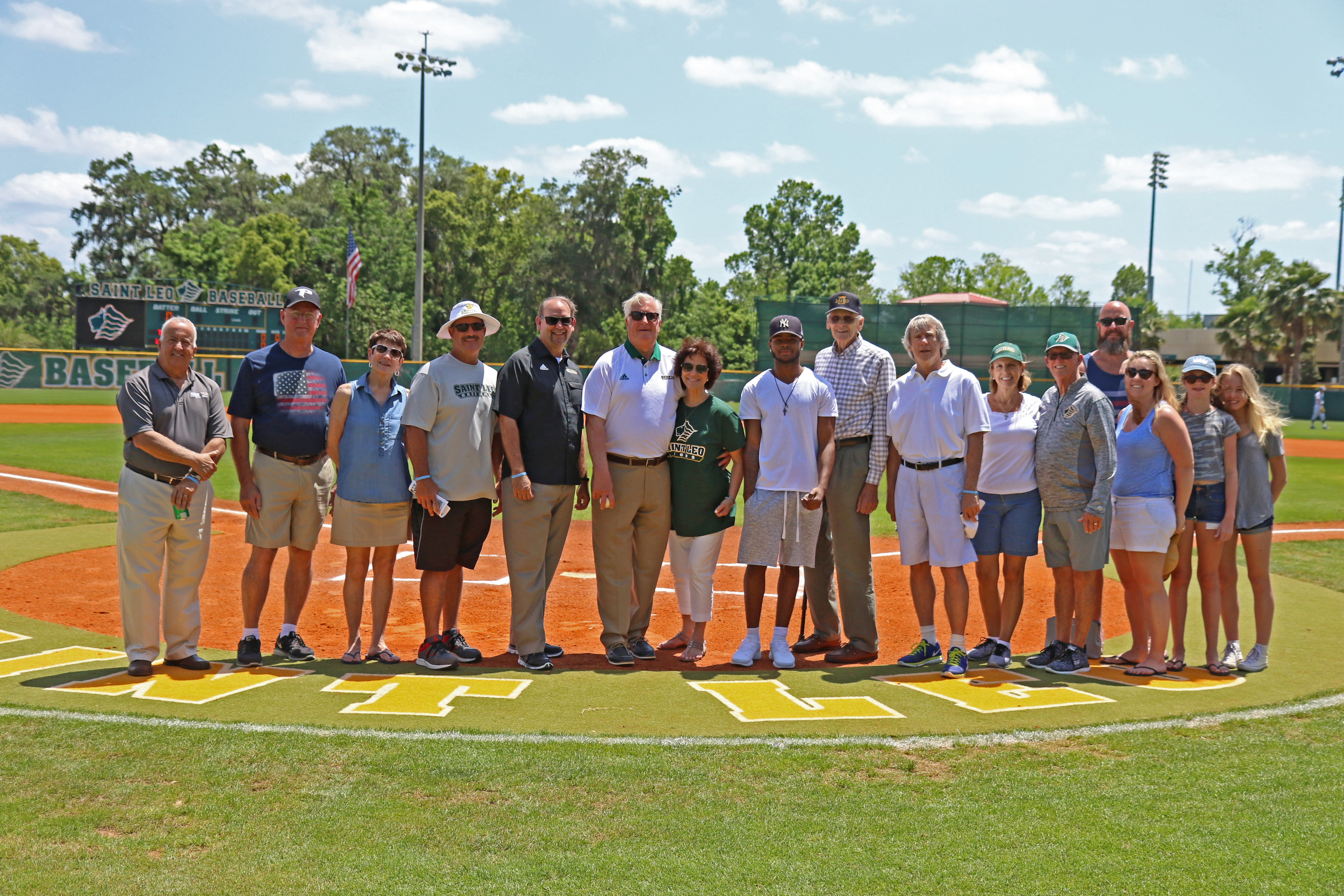 During his visit, Cambria was able to reconnect with former Saint Leo baseball players and their family members.

Our community is grateful for lifelong learners like Fred Cambria, who continue to invest in the university that has given so much to them. If you would like to join Cambria in becoming a member of the James J. Horgan Heritage Society by making a bequest intention, please contact John Agnello at (352) 588-8450 or planned.giving@saintleo.edu.