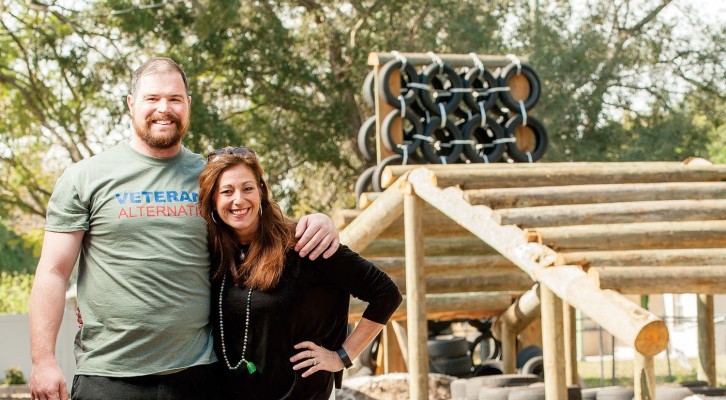 After the terrorist attacks of 9/11, Anderson said he felt called to join the U.S. Army, and he entered as a photojournalist. Following a deployment to Iraq, he trained and qualified as a Green Beret. When the 7th Special Forces Group was deployed to Afghanistan in 2010, Anderson, then a Special Forces engineer sergeant, came under fire quickly. On his last deployment, his first fire fight lasted eight hours and two teammates were killed, including his best friend, Calvin Harrison, and Air Force attachment Mark Forrester.

When he returned to base, he received a package from his mother. “One of the books was Intro to Social Work,” Anderson said. “I read it, and I was excited. That matched the Green Beret motto: De Oppresso Liber, Free the Oppressed.”

Anderson said what he was called to do as a warrior left him questioning his faith. After he read the social work book, he knew he wanted to pursue a degree in social work at a Catholic university. He chose Saint Leo.

Re-entry to the civilian world is difficult for most warriors, Anderson said. But through Saint Leo University and its emphasis on assisting military and veteran students, he was able to obtain his bachelor’s degree in social work. Most of his classes were at the Adult Education Center at Saint Leo’s Pasco-Hernando State College office. “I took one class at University Campus,” he said. “And that was with Dr. Jim Whitworth [now associate dean of the School of Education and Social Services], retired lieutenant colonel in the Air Force.”

“Saint Leo allowed me to take my skills as a Green Beret and apply them to real issues Pasco County was facing — including veteran homelessness. In my first year, we already were developing the Stand Down.”

Anderson said he was encouraged by Whitworth and all of his Saint Leo teachers. “The whole program has amazing instructors,” he said. “Saint Leo instructors allow you to grow. I pitched ideas [about social work projects] in Dr. Whitworth’s class.

“Saint Leo allowed me to take my skills as a Green Beret and apply them to real issues Pasco County was facing — including veteran homelessness. In my first year, we already were developing the Stand Down.” The Stand Down, coordinated by Anderson since 2012, is an annual event that provides homeless and at-risk veterans with needed services. Saint Leo’s social work students provide counseling at the event.

While he was helping others, Anderson realized he needed to help himself. Plagued by visions of his deceased friend Calvin as well as visions of war and violence, Anderson was diagnosed with Post Traumatic Stress Disorder. To combat that, he first engaged in Prolonged Exposure Therapy, but what really has helped him is Accelerated Resolution Therapy (ART). “One session changed my life,” he said. “ART is evidence-based and can work in as little as three to five sessions.”

ART is a type of image-replacement therapy in which a person undergoes sets of eye movements while silently recalling the traumatic scene. The “bad memories” get pushed to long-term memory rather than haunting the warrior.

Anderson said he was having a particularly bad day and decided to try yoga for relief. He found a hot power yoga class at Trinity Yoga Studio, and he gained a business partner in Janel Norton, a former combat Air Force photographer, who is the studio’s owner. The two wanted to provide restorative therapies to their battle brothers and sisters, and a nonprofit business was formed, Veterans Alternative. Their motto is Turning Post Traumatic Stress into Post Traumatic Growth.

Norton and Anderson created a business plan for Veterans Alternative and pitched it to the Pasco Economic Development Council’s SMARTstart Challenge in February 2015. They claimed the prize of $5,000 startup capital, which helped them get Veterans Alternative established. Their venture gained a huge boost when Chris Sullivan, one of the founders of Outback Steakhouse and creator of the Chris T. Sullivan Foundation, became a supporter and contributor. The foundation pays all salaries for Veterans Alternative staff. 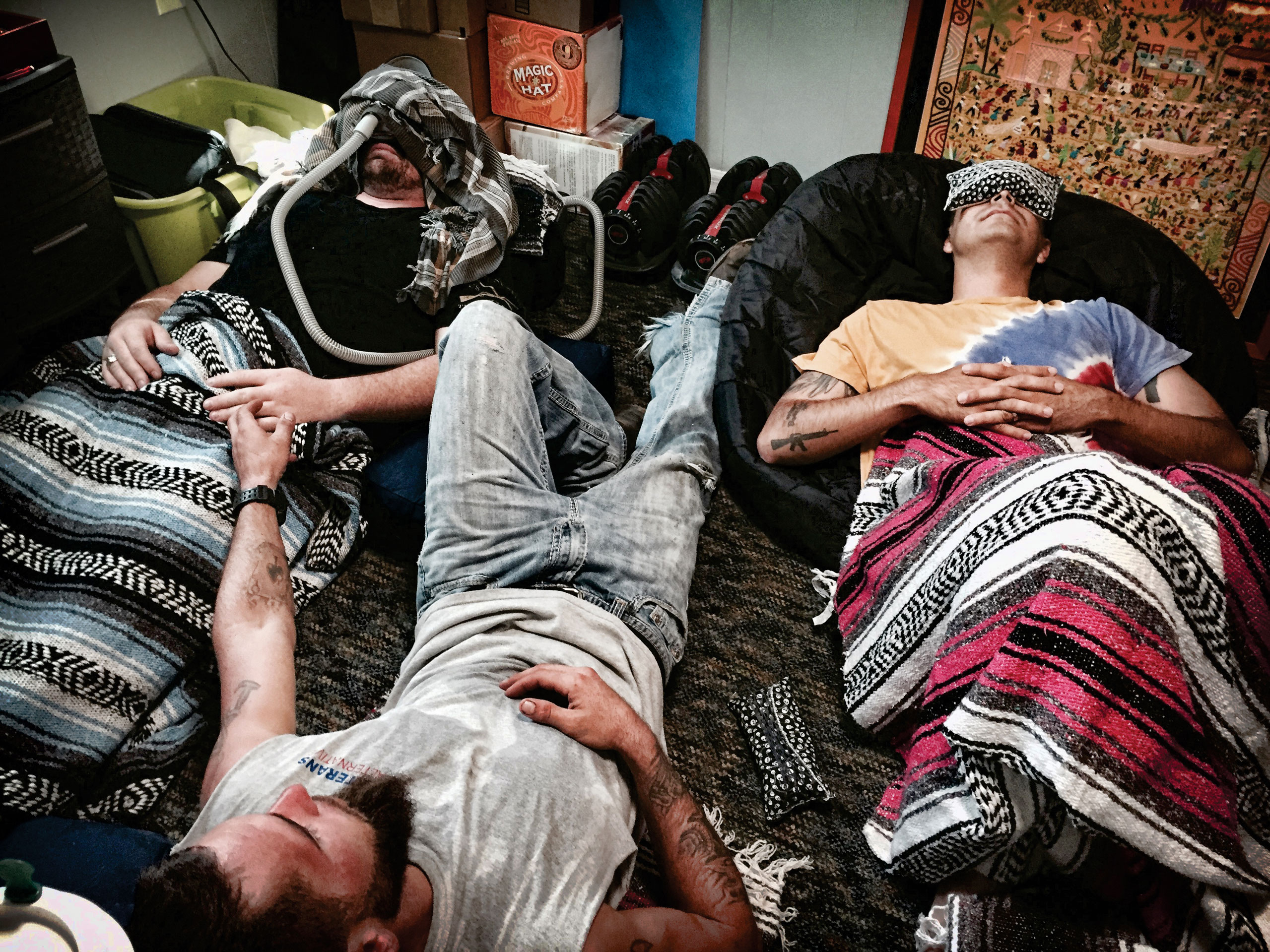 Yoga and Kali (Filipino martial arts) classes and other exercise sessions are offered at Veterans Alternative, as well as at community partners such as Norton’s Trinity Yoga Studio and Gulf Coast FCS Kali. While some veterans may have discounted yoga at first, Norton and Anderson said they’ve “taken the ‘Hippie’ out” of the practice and made it palatable for military personnel.

Veterans Alternative will be starting a service dog program, too. Anderson is accompanied by his therapy dog, Hero, who was trained by Patriot Service Dogs to serve those with PTSD and traumatic brain injuries. Not only does he assist Anderson and calm him, Hero befriends every veteran who steps through the door of the center.

One of the most important components of Veterans Alternative is the camaraderie. Those who have served in the armed forces share a bond, and once they return to civilian life, there can be a vacuum. Every Friday, there is a 35-minute iRest session, followed by a barbecue. The center boasts a beautiful patio, with fire pit and furniture, thanks to a BB&T Lighthouse Project, offering a place where veterans can chat or chill.

Anderson was called to serve and has walked in the boots of his warrior brothers and sisters. Now, as part of a new calling, he helps them transition to civilian life. To learn more about Veterans Alternative, call (727) 939-VETS (8387) or visit www.VeteransAlternative.org. 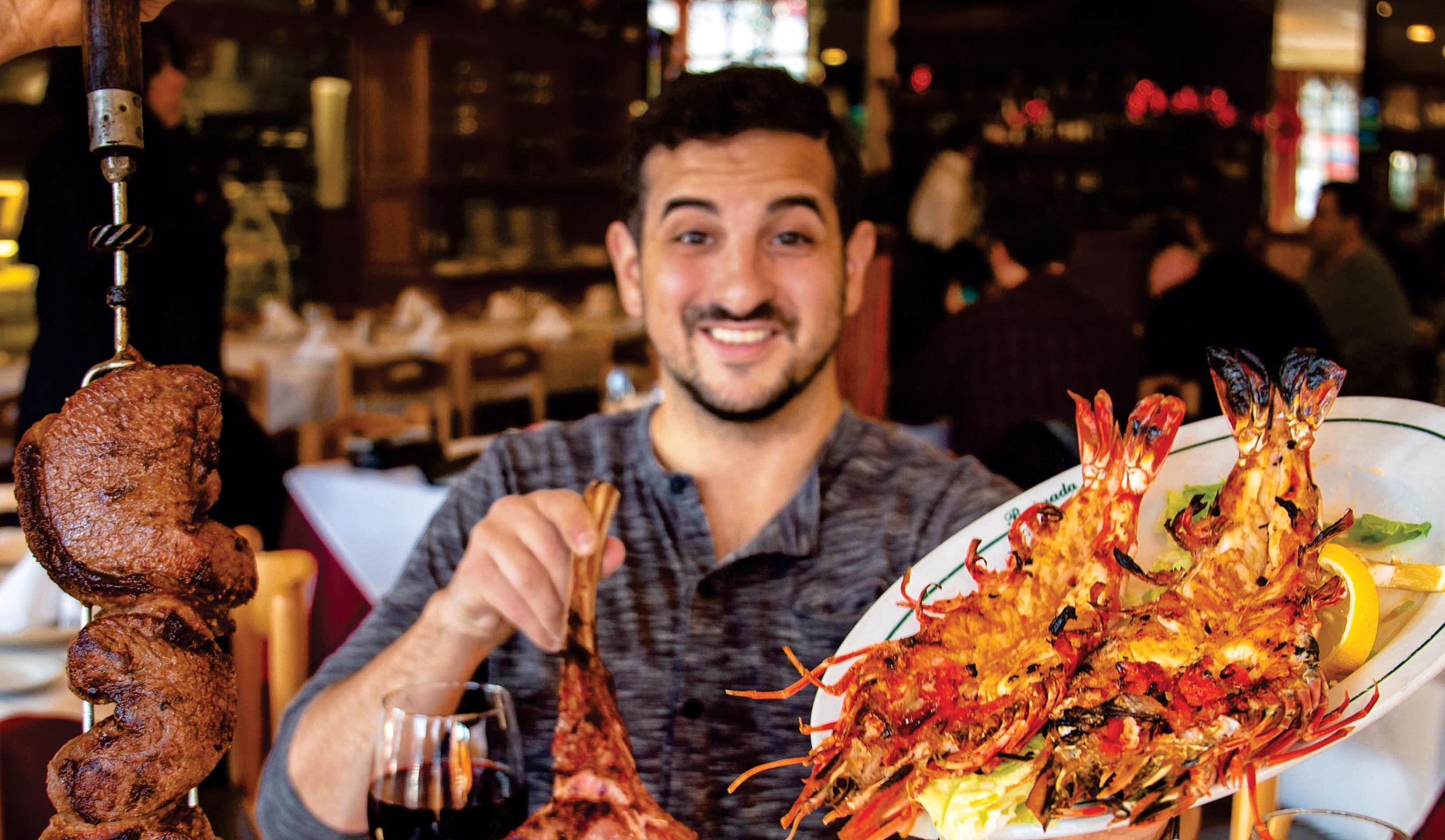 Following His Dreams to Entrepreneurship: Salvatore DiBenedetto ’12 is The Grubfather 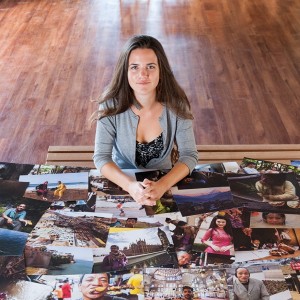 As I write this article, I’m sitting in my friend’s living room in Rio de Janeiro, where I studied as a high school exchange...
Copyright Saint Leo University. All Right Reserved.
Back to top